General description: The objective of the Case Study 2 is to manufacture Autoclaved aerated concrete (AAC) blocks at industrial scale, with standard dimensions in order to build a wall (360 units). 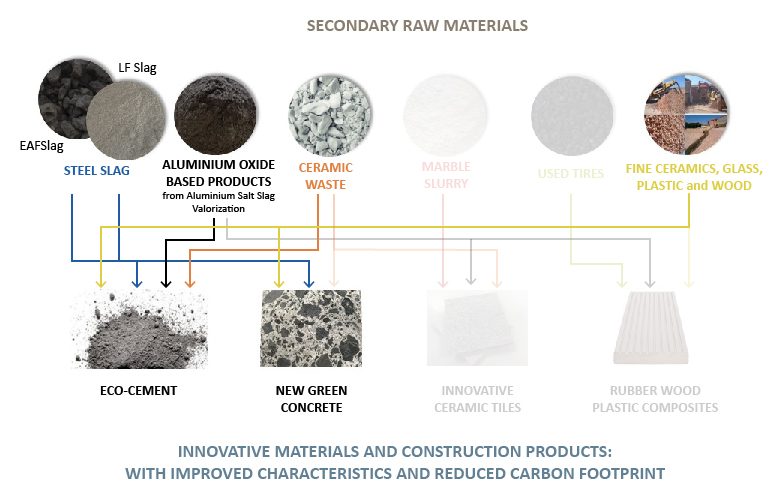 AAC is manufactured in six steps:

The supply of SRM used in AAC wall blocks was made by the waste of local suppliers. The number of waste materials required for the industrial-scale production was 275.1 kg of ceramic wall tile waste, 27.6 kg of EAF slag and 192.6 kg of LF slag. The ceramic waste was already ground by the supplier, EAF and LF slags were ground in a ball mill to obtain the particles with the size of 90 µm. 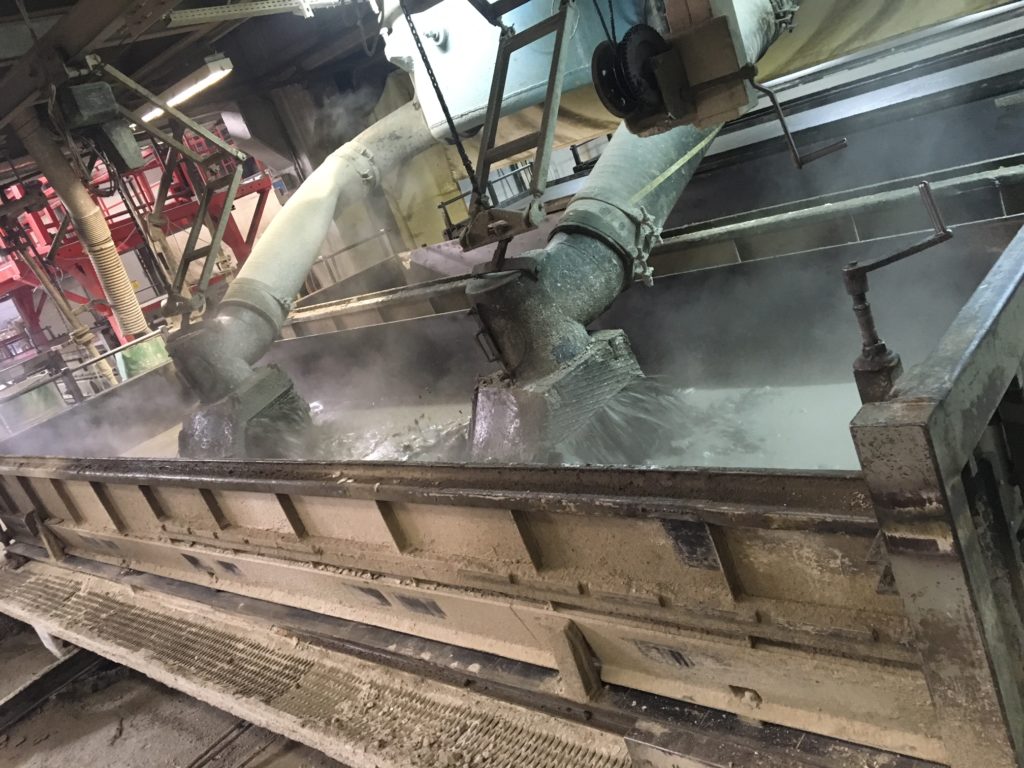 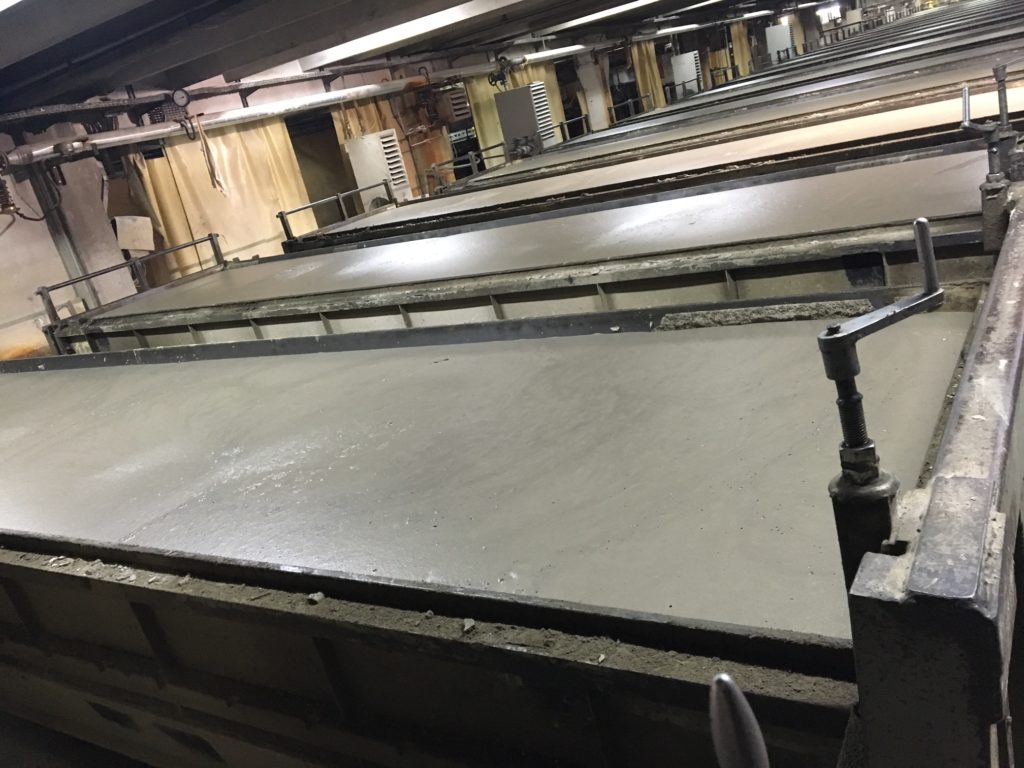 Before the cutting process, the surfaces of the green cake, except the bottom surface, were removed from the mould and smoothened by the steel wires. The production wastes obtained from the smoothening process were delivered to the recycled AAC tank to reuse them in the industrial production of the AAC. The volume of the green cake decreased from 6 m3 to 5.4 m3 after the smoothening process. The green cake containing each of the SRMs removed from the mould was cut perpendicular and horizontal respectively by moving the several steel wires of the cutting unit to obtain the AAC blocks with the size of 60 cm X 25 cm X 15 cm required for the demonstration site. 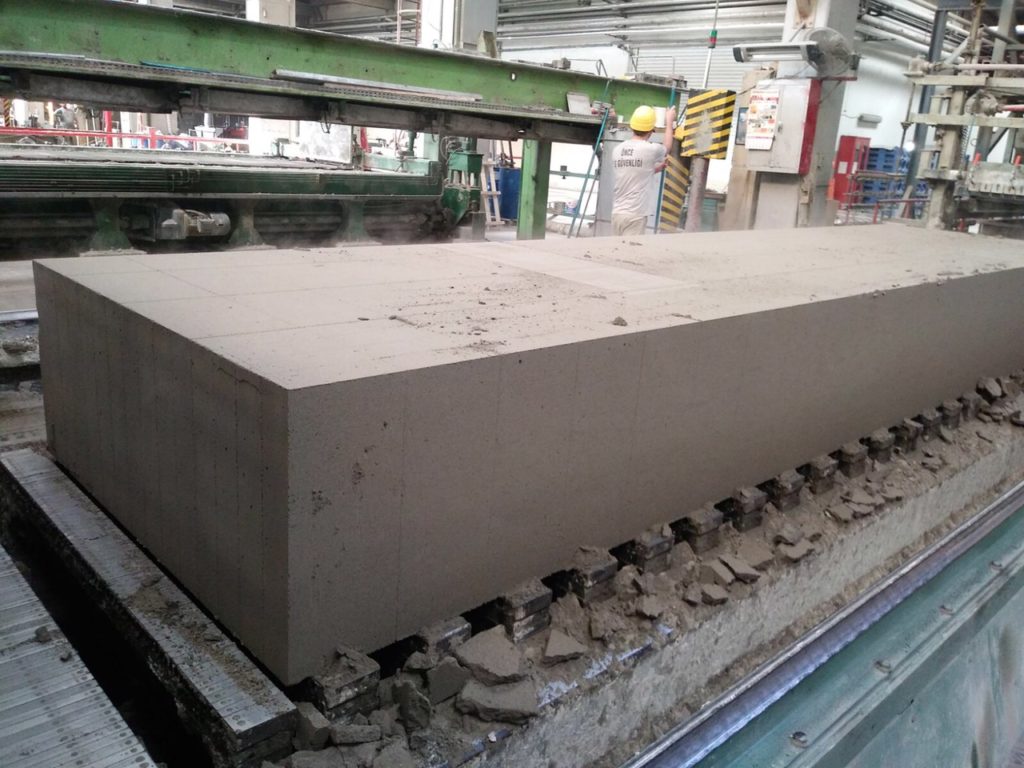 An autoclave is a large, steam heated and pressurized equipment in which the autoclaved aerated concrete products are cured with high temperature and high pressure after the cutting process. Autoclave curing is one of the most important process for AAC manufacturing in terms of the mechanical properties of the final product. the green cakes were transferred to the autoclaves and cured at 12 bar steam pressure for 5 hours with a temperature of approximately 190°C. The bonds within the tobermorite structure that are formed in the pre-curing process get stronger with the effect of the high temperature and high pressure, and this provides an increase of the mechanical strength of the AAC product. 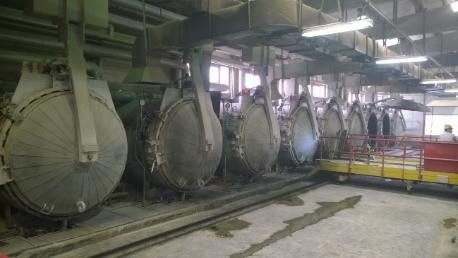 The AAC products that came out of the autoclave were transferred into the packaging unit. The AAC blocks containing each of the SRMs were put on wooden pallets for packaging with colourful plastic film on which the label printed for the project was stuck. 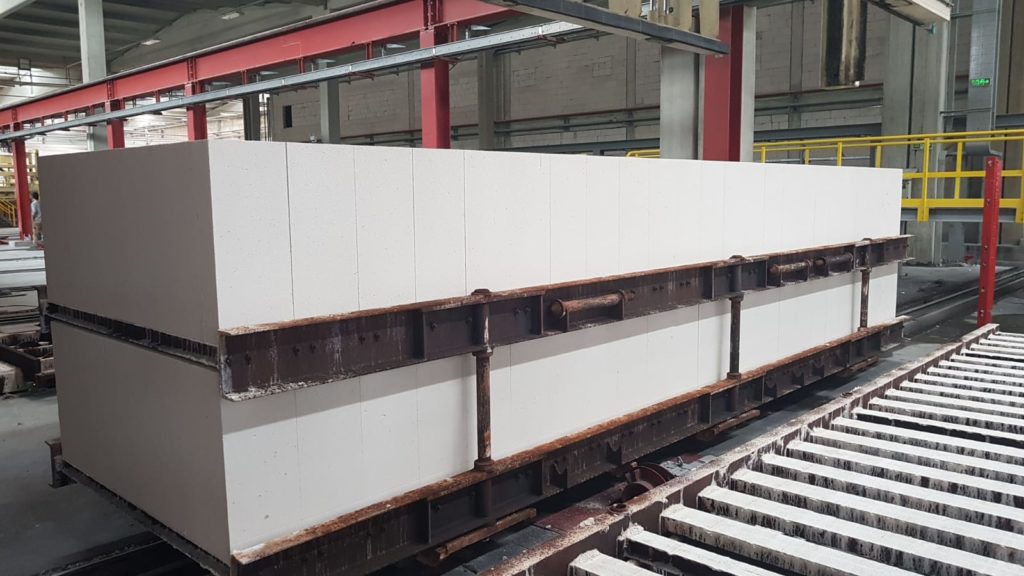 During the on-site installation, two outer walls (360 units of AAC wall blocks used for 54 m2 wall) constructed and filmed in a real building located in Kemalpaşa/Izmir. For on-site installation, totally 6 pallets ( 2 pallets for each SRM and each pallet contains 60 unit AAC) AAC products transferred to the demo site. 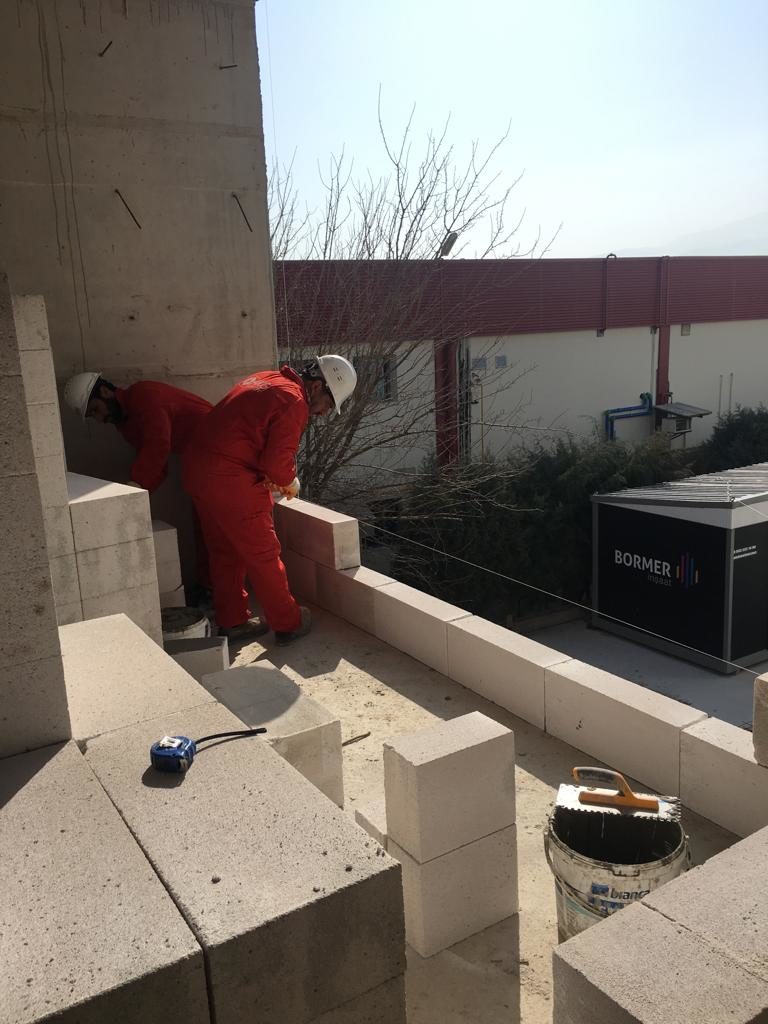