FISSAC Dissemination in Marmaris and Belgrade

Poster presentations of the FISSAC project were realised in both Marmaris (Turkey) and Belgrade (Serbia) to disseminate the project during large environmental conferences.

The main goal of the congress in Marmaris and ICOEST 2016 are to bring together researchers, scientists and experts in universities, companies, institutions, communities, agencies, associations and societies to provide them a unique platform for sharing worldwide ideas as well as the recent developments on environmental science and technology. In both conferences, poster presentations for FISSAC project were represented by AKG. 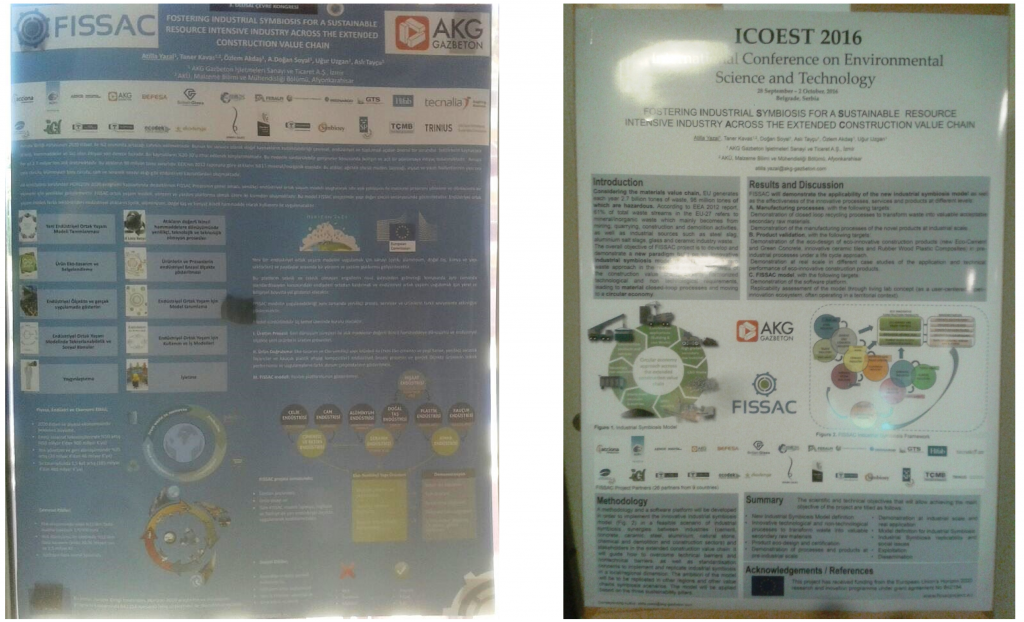